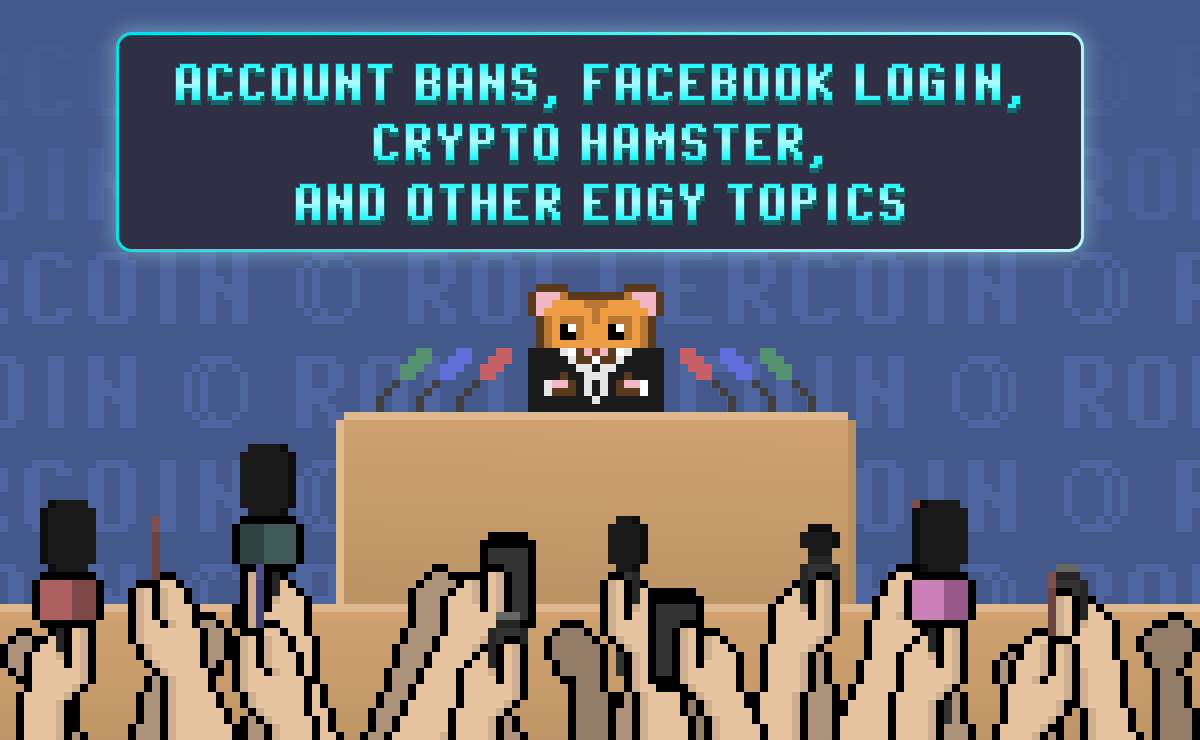 We want to have a talk with you, which will address the misunderstanding related to the Season II Dark Star™️ and the newest changes in RollerCoin ☝️🤓

First things first – the ban wave and its nature:
If you ever used a plugin to solve the captcha or have used scripts on even one single game — you receive a permanent auto-ban on your account!
We don’t tolerate unfair playing and never advance players who use third-party services for automation processes. Also, we have been banning accounts of players that registered fake accounts to complete the event quests.

It is only the beginning, and we will run a few more ban waves.
We had to reveal this information, which will cause fraud players to create multiple withdrawals requests… This will cause a delay in withdrawals for around 10 days, and we are very sorry for this waiting for you!

If we will not take action against fraud – we may repeat a mistake of other crypto gaming projects. A good example of this is Alien Worlds. They didn’t react when multiple account cheaters and scripts appeared, and now they only have bots and dead economics.
Please keep in mind that every coin that goes to unfair users is taken from real players, and it’s wrong!
We are doing everything we can, to take off every fraud from your earnings and the mining pool⛏

The referral system suffered because of the same issue as well.
Some referrals don’t add to your refs because of the increased number of cheaters that started to register 10,000+ accounts daily, which triggered our protection system.
We have sent emails to all players that have signed up in the last 40 hours. They just need to complete registration to appear in your referrals.

Facebook has got fixed! We are sorry for this problem and all the inconvenience it has caused.
This issue was global, and a lot of other sites and apps have faced it too.
Because of the scale of the problem, the official Facebook support has taken too long to proceed with our ticket.
All users that were influenced by the login problem will receive unique compensation. Players that had issues with Facebook login will receive a unique miner! The conditions to receive it will be announced later.

We promise that we will update Crypto Hamster in a matter of days, and playing it will become much easier! We will add a system with 3 lives, as other games have, and animation of a jump will be slower.

You try hard, run as fast as you can, and boom, you came 4th. The winners of the first three places have got their medals, the cash prize, and fame. Feeling frustrated about losing the Olympics, you return home, open the official social account of Tokyo Olympics 2020, open the comment section and say: “It’s not fair! Your rules sucks! Who cares that I haven’t finished the run on time, I still want my reward!”

Rewards are for the winners! You win the game — you get power, you lose — you try again.
Rewards for losing are not fair!
Rewards for losing will never get back to the game. It is also linked to the future system of drops and also the cheaters!🤬
We will reveal more information about drops and future updates in the next blog post, so you better stay tuned!

Lootboxes in RollerCoin are transparent. You can see the probability and the content of each box in the INFORMATION ABOUT THE UPDATE

RLT case will be changed in the future, to get you more rewards that exceed the price of the lootbox! But making this change, we will have to remove a big 500 RLT prize.Open the case or keep it close — the decision is yours. No one forces you to open it because it’s a pure gamble! If you are not a fan of “high risks-high rewards” then we recommend you to never open RollerCoin cases!