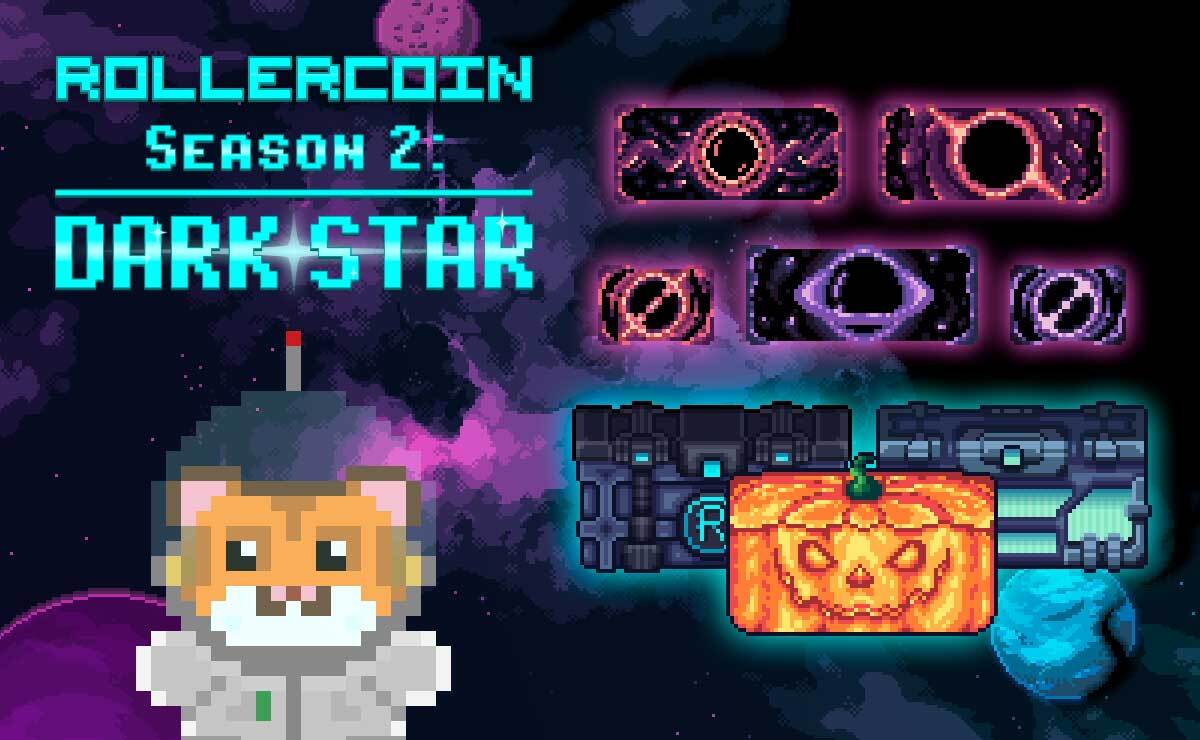 In the midst of the abyss, surrounded by the cold and inhospitable blackness of Space, the Dark Star arises.

Running the Perfection™ season, we never had a break or a pause to make RollerCoin Great Again🤑

The Dark Star™ Season is officially ON, and now we will get you through everything you should know about our newest changes to the game! Let’s go🏃

We reworked the approach to the event pass completely!

The types of tasks are changed too, having more precise and detailed missions to complete.

The “invite a friend” task becomes optional, and “Spend 40 RLT in the shop” is unnecessary to finish. In Season II, you can get up to 3 rewards without completing optional tasks!

The event pass is free to claim! Just open the Event Pass page and click on Get Season Pass For Free!

Free pass in Season II now allows you to get Bonus power, RLT, and even MINERS!

Upgrade Season pass to compete for the main reward – 5 exclusive Dark Star™ miners! The upgraded pass also consists of rewards of more miners, RLT, and even miners from weekly offers!

The premium button allows you to get ALL REWARDS instantly, without completing levels.

One of the most requested features to add by our community is becoming real in RollerCoin!

The new lootboxes are giving you high stakes of getting exclusive miners and huge portions of RLT! 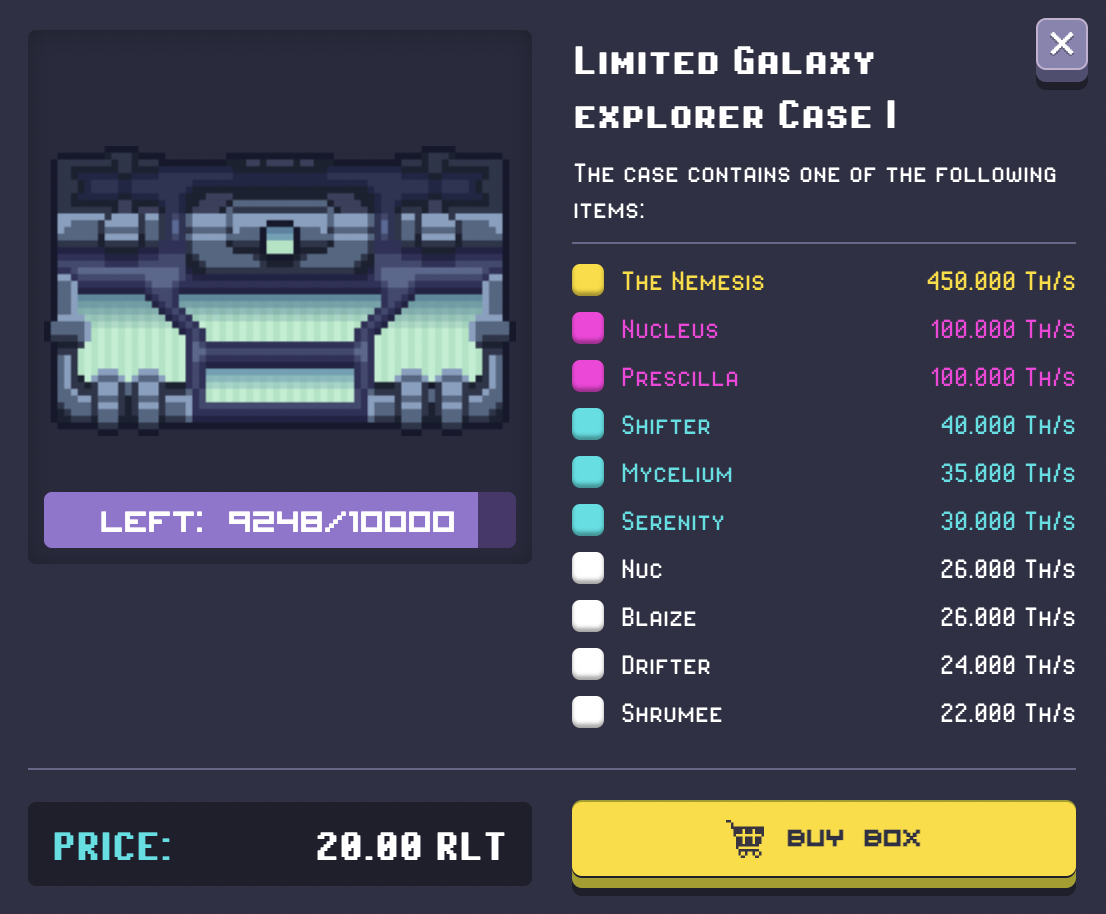 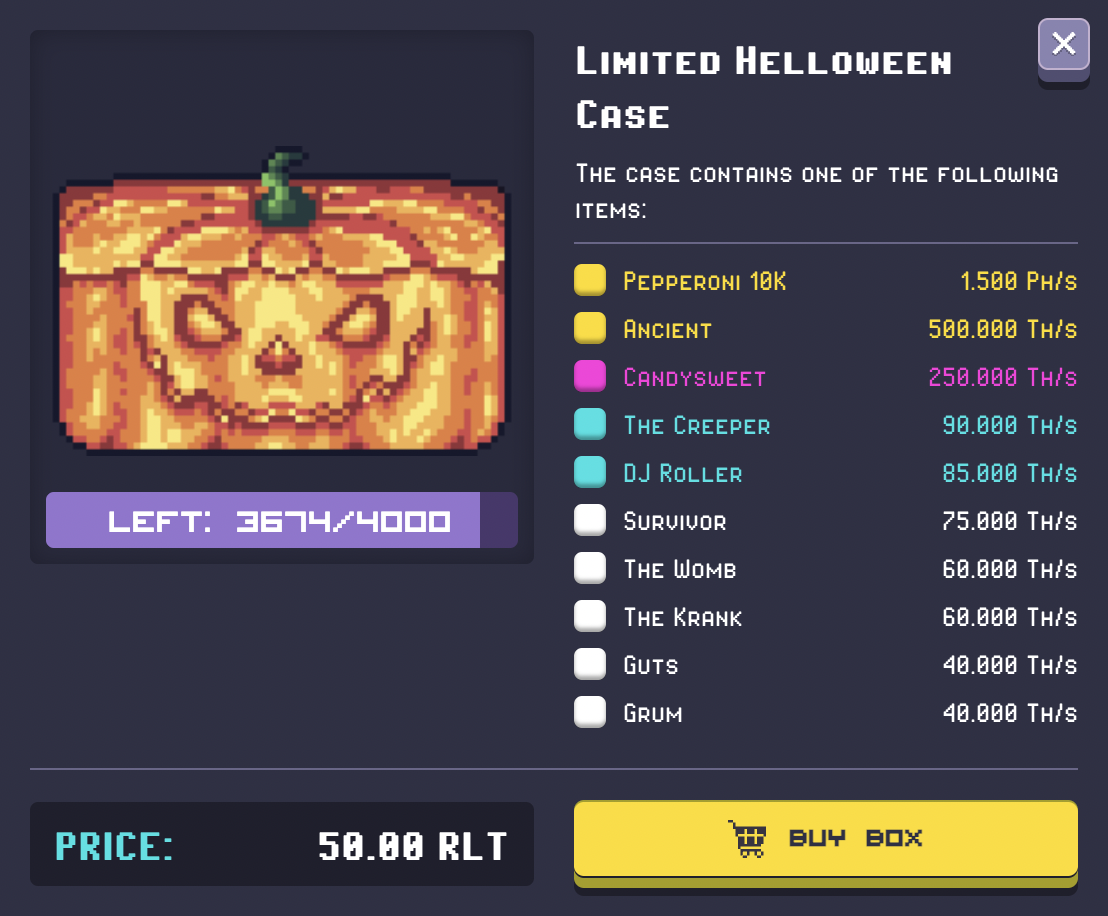 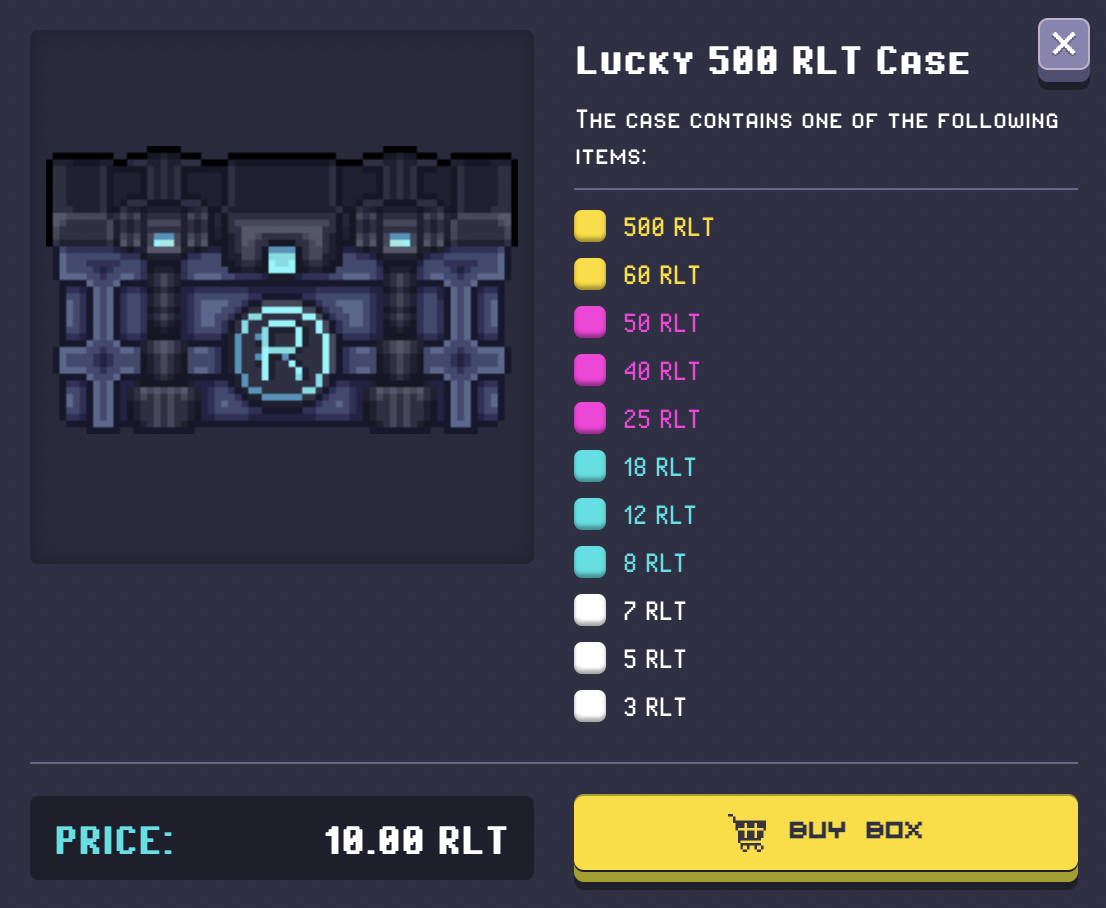 For the sake of transparency, below is the list of reward’s probability for each case:

The gaming process gets rebalance changes, addressing the cooldown time and the power of winning games.

The games that were lost do not bring power anymore – this change is logical and brings back competitive element to the gaming in RollerCoin. Players receive the power only when the game is won

Dr. Hamster was way too overpowered, compared to other games, while the Crypto Hamster was undervalued in power, considering how hard this game could be sometimes.

You guys ever dreamed of mining BNB in RollerCoin?

We dreamt about it, but now it comes to life!

Not so while ago, we asked our community which new coin you would like to mine in RollerCoin, and the most frequent answer was BNB!

Adding a new coin to the game is a long road to go, and the algorithm we use is the same as the Multi-Mining implementation back in 2019-2020 when ETH and Doge were added.

BNB is becoming fully mineable in RollerCoin, which means that you can switch your mining power up to 100% to BNB and accumulate it.

Later on, we will add Deposits and Withdrawals to the game. It takes a lot of effort to set up the core relations between our servers and the Blockchain. As soon as it’s done – you will be able to withdraw your accumulated BNB balance and make deposits to the game.

Until the Deposits and Withdrawals arrive, you can gain BNB in RollerCoin or spend it on RLT!

Our plans for the future are very ambitious and we believe that it is possible for RollerCoin – We want to add a new coin to mine in the game WITH EVERY NEW SEASON!
New season = New crypto for our players!
And that’s not all, in the future we will add NFT mining with innovative mechanics, more info will be released soon;)

Though we have completed the development of the Marketplace and ready to release it, our economics is not ready yet. Marketplace will be released soon, when the economics will have some adjustments.

This is all we have released in this update and explained it in details, for you to better understand the game changes!

We hope you will love Season II Dark Star™, LootBoxes, and BNB Mining!

See you at the Event⭐️