Marketplace! What to expect, Play2Earn and release dates. 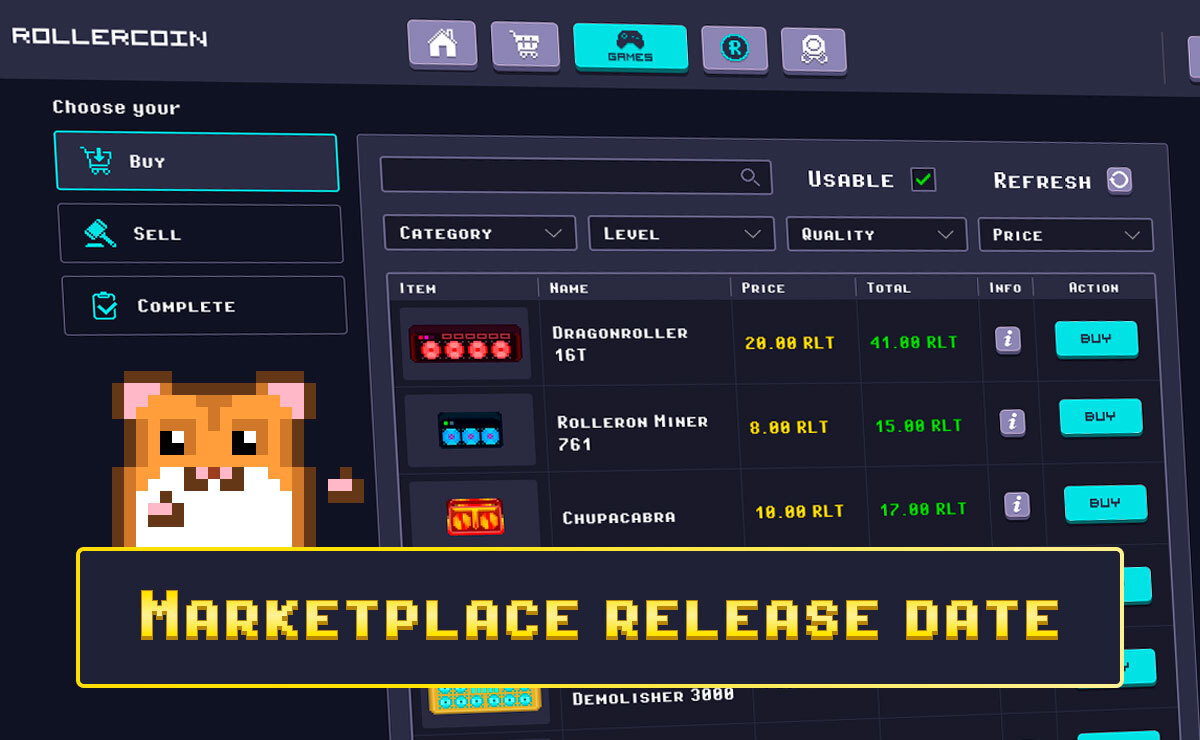 How is it going? Hope you like the game updates we release for you lately!

We are reading carefully for the feedback of our players and have found out something. One of the most active questions and discussions by our community so far is Marketplace. That’s why we will answer the most common and related questions here!

What to expect from Marketplace?

Marketplace will allow players to buy and sell some in-game items like miners and consumables, which will appear on the next update.

Not telling too much to keep it unspoiled, but the player will be able to set a selling price not only in RLT but BTC\ETH as well!

Why is Marketplace not released yet?

To make a diverse functionality of the Marketplace, we have to prepare a whole ecosystem in the game! We have added collectable miners with specific conditions already! Later on, we will implement drops\consumables in the next update.

When will Marketplace be released?

We plan to release Marketplace right at the start of Season 3, when the RollerCoin economics will be ultimately prepared for the Marketplace update. Players will be able to buy and sell items, which will activate a new Play2Earn mechanics on RollerCoin. This mechanic will be implemented by active gamers farming drops from games and selling it on the market!

How to be ready for the Marketplace release?

1. Save RLT and other coins. Players will instantly start selling old miners for cheap!
2. Buy limited and collectable miners! Limited miners and Rare event miners will gather interest among collectors and new players, which was not able to purchase those earlier.
3. Start to actively farm drops from games in the next update!

If you want to give a suggestion or to provide a feedback about the features of the upcoming marketplace, don’t hesitate to share your thoughts by the form below: Write Feedback