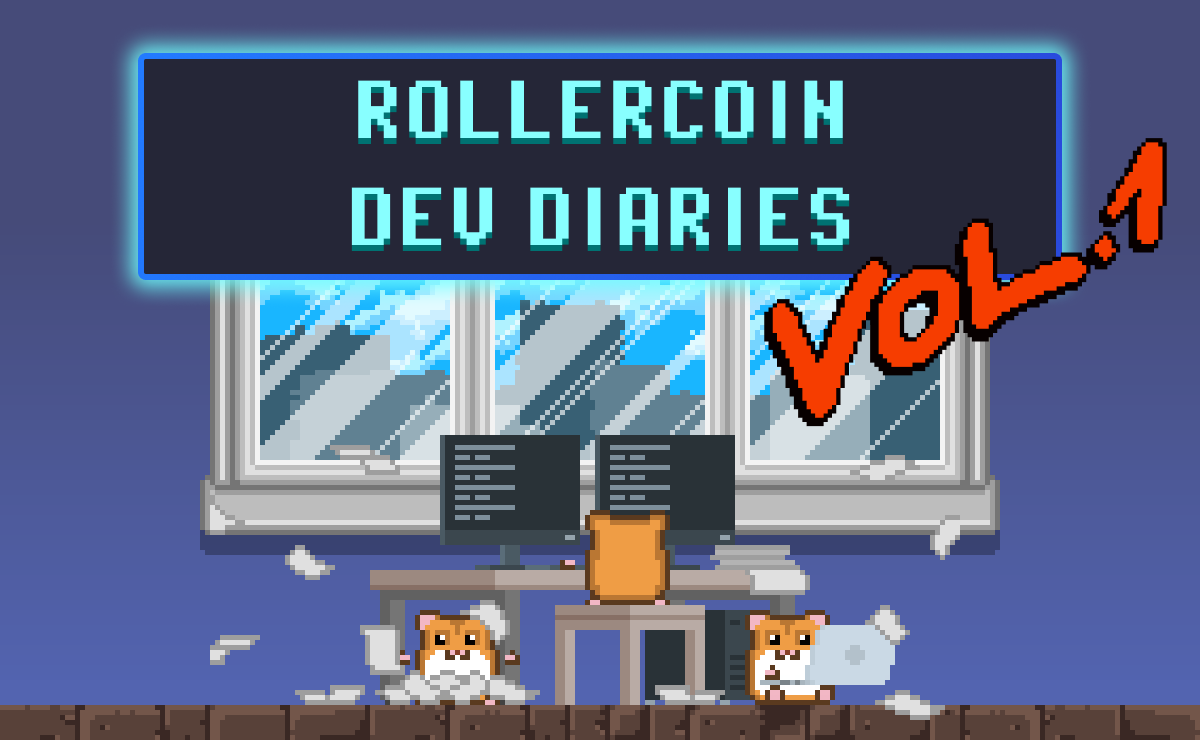 It’s been some time since our last Dev. Diaries 📕 release, and here are the answers to the most common questions from you 🤔 about the upcoming Update 🤓

❓ Which 1-star miners are going to become legacy?
❕All 1-star miners, upgraded before the upcoming Metagame 2.0 update, will become Legacy miners — unique mining machines that can’t be upgraded anymore.

❓What about Bonus Power? Will the new miners give Bonus Power, or will it be 0?
❕ New miners will start producing Bonus Power on a certain level (it can be common, or uncommon, or rare level, etc., depending on the miner)

❓Which miners are not going to be upgradable after the update?
❕All miners will be upgradable, except the SKAM miner 💯

❓Should we continue to craft miners or wait for the new Season?
❕You can continue crafting your miners, but please note that they will become Legacy miners, so you won’t be able to craft them after the new update 👈
So if you want to try new Crafting, you better wait till the new update 😉

❓How can I craft my miners when the parts stopped dropping from games, and there is no store where I can buy the parts?
❕You will be able to get Parts by purchasing them in the Season Store for RSC (Roller Season Token)
This Token can’t be purchased ❌ It can only be mined or achieved for doing Daily & Weekly Quests, which means that only players will be the main source of Parts in the game.

❓Is there any way to get Parts before the update release?
❕No, we need to wait for the update. But don’t worry, it won’t take long 😉

We’re excited to start the new Dev Diaries series and announce the next big update happening in RollerCoin!

☝️ From now on, we will share more details about the development process ​​🧑‍💻 our decisions, and upcoming changes on a regular basis. There are always cool things to share with you, and we really want to let you peep inside our inner kitchen! 🤫

Today we will talk about the new «Metagame 2.0»‎ update and all the changes it will bring to the economy, development, and community sides of RollerCoin.

When revisiting our goals and the current state of parts and crafting, we decided to go BIG! 🚀

As you remember, initially, we planned to do 5 levels of upgrades, with stars indicating each level of the upgrade you have ⭐

And now, every single miner in the game is upgradable (except for just a few), and you can do that to all five levels too! However, there is one visual change we’re bringing — LEVELS 📈

👉 Each upgrade, from Common to Unreal will require parts of the same level and RLT fee.
👉 Most future miners will be released with 0% Bonus Power, which will appear with new crafting levels!

Besides that, all the existing 1-star miners will become Legacy miners — unique mining machines which can’t be crafted anymore. A memorable and powerful trophy of the good old days on RollerCoin 💫

So, why is the new Merge Upgrade going to be so good? 🤔

⚡️ More opportunities for Crafting and raising your mining empire as fast as ever before!
⚡️A good way to optimize your roomspace and more places available for new mining machines!

And now, Parts can be crafted the same way as you do with Miners!

👉 Each upgrade will require parts of the same level and RLT fee.

Besides that, Parts will no longer be obtainable as Drops from the games, but players will get a new way to receive them in our Season Store!

There will be a new special Season Store, opened during every Season. Here players can get unique seasonal items, loot boxes, and much more! 🎁

But what is the difference from the main Store, you might ask? This Shop will accept a new Season Token only.

What is really unexpected — there will be a new special coin — Roller Season Coin (RSC)!

This new coin can’t be bought for crypto ❌

It can only be received as a reward in Season Pass, achieved for doing Daily & Weekly Quests, and mined, just like every other coin!

Use these coins to make purchases in our Season Store, which is the best place to get Parts for crafting! 😉
Limited Miners, Themed Room Skin, and Miners Art Contest Case are also included.

Meet a completely new way to get a new Season Token and RLT! 🤑

There will be different types of Tasks, which will be updated daily and weekly to make sure every player can complete favorite tasks and skip the ones he doesn’t like!

These Tasks will stay in the game permanently, so players can complete them to get rewards even out of Seasons!

Let’s start with the good news: the first public beta of Marketplace will be released in the next Major Update! 🎉🎉

This version of Marketplace will allow trading of most of the game items, such as:
👉 Miners ⛏
👉 Racks 🪜
👉 Parts ⚙️

For now, all trading will be done in RLT only, which will allow us to test the whole system out and make sure everything runs smoothly before adding other coins 👍

Also, a 5% commission will be charged to the seller upon each sale 💰

And, of course, players will get a 1% referral commission!

We believe that the release of Marketplace and new Crafting Update will become a complete game-changer for the whole RollerCoin Economy and every single player!

👉 Our main goal is giving players more ways to get RollerTokens 💰

So, we decided to shift focus from RLT mining to getting it as a reward from Daily & Weekly Tasks 🤓 That’s what the Block Reward for RollerToken is going to be decreased, while the Block Rewards for other crypto coins will be increased 📈

Yes, Rollers! Let there be magic! 🪄

This year the whole autumn will be dedicated to the Magic Carnival’s amazing show! 🎪

A bunch of fantastic events, including gaming ones (get ready to fill in your progression bar!), and new magic-themed Miners Art Contest 🦄🐉🦅 will be waiting for you to make this Season even more exciting! 🤩

And all of this, along with the Marketplace and Merge Update will be released with the start of Season 6! 🎉🎉

Your trust and your support, Rollers, mean everything to us! That’s why, from now and into the future, our main goal is to rebuild your trust in RollerCoin.

As a first step toward improving communication with the Community, we start a few more things to deliver content to you on regular basis:

📌 Dev Diaries. Here we will share the current work and future plans of our Dev Team!
📌 Patch Notes. A lot of work is being done on technical bugs (which is hard to see with an unaided eye sometimes, but still very important though), and we want you to know about it!

That’s all for today, Rollers! We hope you will like this new format! 🙂

In the next part of Dev Diaries, we will announce many more exciting features, which are in development now and will be released in Season 6!