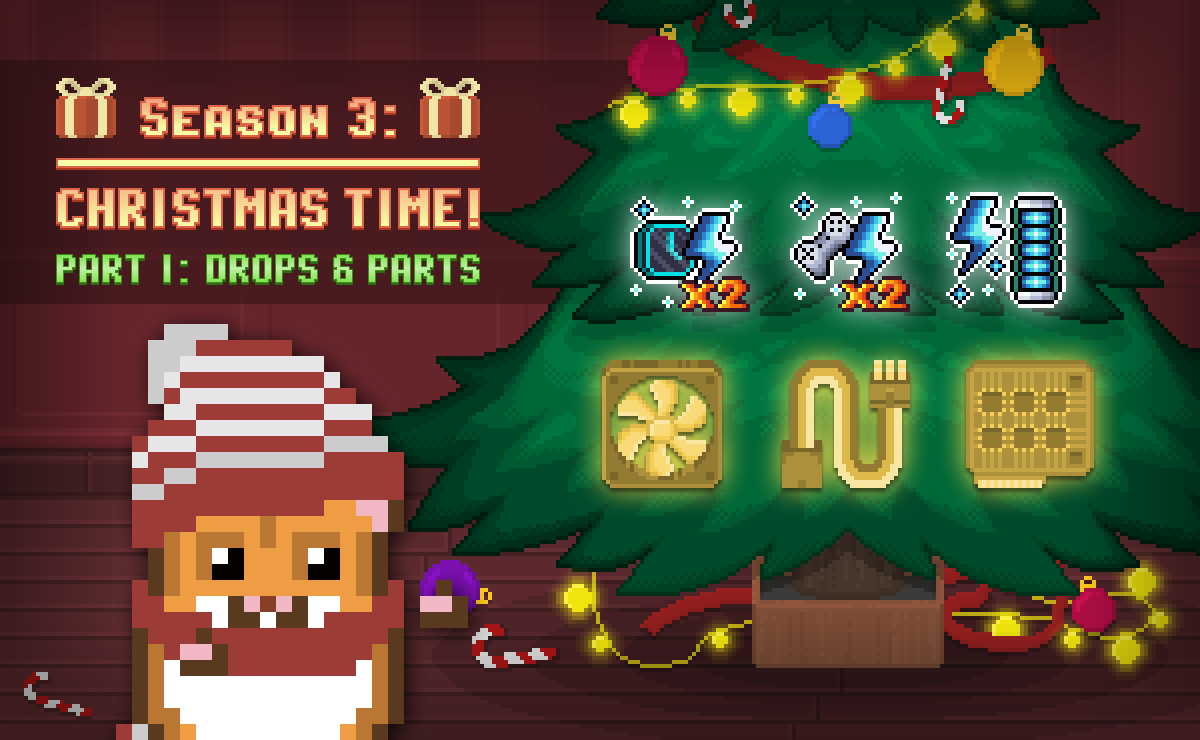 🏃‍♂️ Season III is running at full speed, so it is time to explain some details about the new features which have been added during the latest update 🤓

This is the first part of Season III: Christmas Time! blog posts, where we will cover the new Drops from games and the addition of Parts.

🤓 All RollerCoin minigames have an equal chance of giving special drops to players!

To make it even more clear, we also give small explanations for some of rewards that you may find:

Now let’s focus on the Parts!

Parts in the Store

⚙️ Parts are special resources that can be used to Upgrade miners by Merging them.

You can see the number of parts you got and miners that you can merge on the new Storage page.

Merge mechanics will be covered more in the upcoming blog post, so do not miss it!

🛍 We have temporarily added Parts to the Store, so players can buy them until the Marketplace is finally released.

🕹 Besides purchasing Parts from the game, players can get all parts for free by playing Games.

🗓 Sold-out parts will be restocked every week, so don’t worry if you didn’t have time to buy the ones you need for your upgrades.

That’s all for today, in a few days we will release the next blog post where we will cover other new additions and features, so stay tuned!