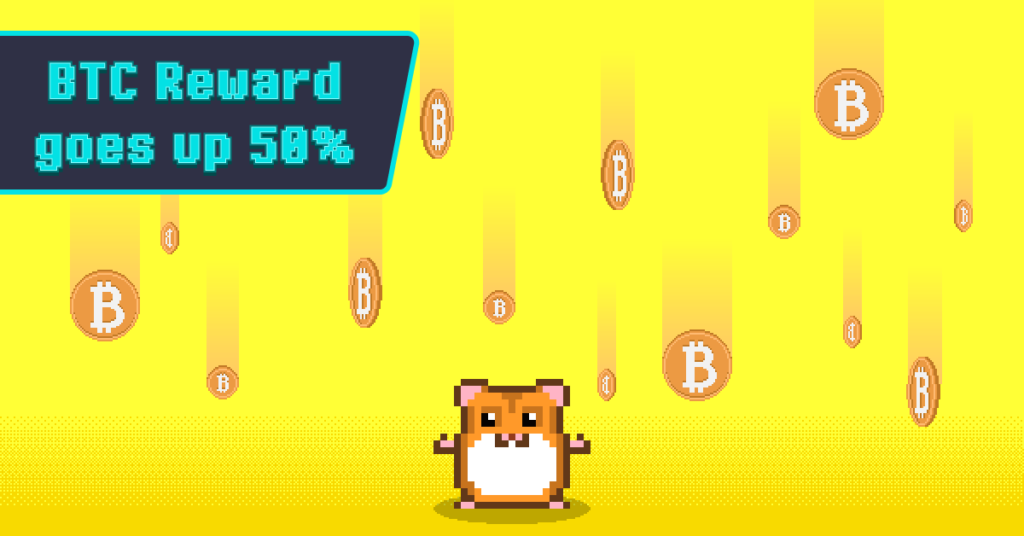 The anniversary event has just ended and it was huge! Many thanks to everyone for positive vibes in the community, Facebook page, Twitter and Discord channel – you guys are awesome! Also thank you all for purchasing RLT and the attention to our new Golden Abyss series, it’s much appreciated!

We started multi mining tests over a month ago and as we see you really liked it! As far as we see in the network power splits statistics, most users prefer BTC mining and only 25% of users mine alternative currencies like DOGE and ETH. Currently, DOGE block reward is much higher than BTC and ETH block rewards combined. That’s why we are raising the BTC block reward today! To keep BTC mining profitable, considering many new players and 8000 miners, we have raised it by 50% without changing the allocation time. From now on, BTC block reward will be 4500 Satoshi distributed every 5 minutes! ETH and DOGE have less allocated mining power than we expected before the test, so we have balanced out DOGE block reward to 120 DOGE. ETH rewards remain the same on 0,00085 ETH per block mined. We believe that this update will bring much more balance to mining in our game.

Thank you for playing RollerCoin and see you on the next update. Happy Mining!